What is Femtosecond Laser Micromachining?

Femtosecond laser micromachining is an advanced technique used to fabricate two- and three-dimensional (2D/3D) structures on the sub-micrometer scale. It’s one of the most advanced methods of laser processing currently available, using femtosecond pulses of laser light to initiate material ablation in extremely accurate focal points. 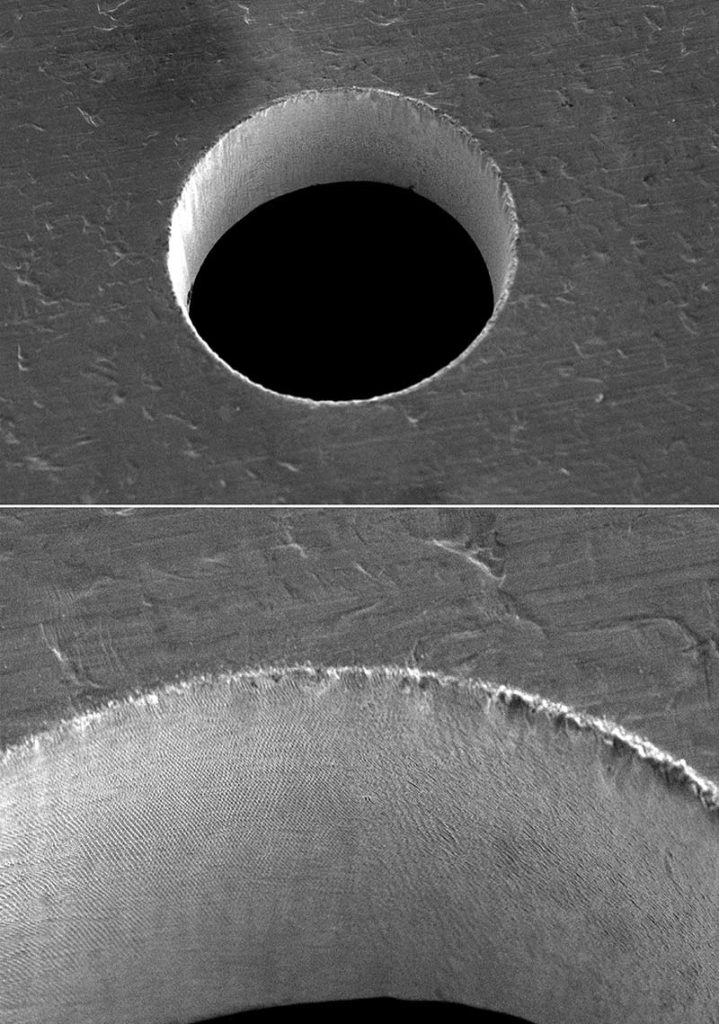 Mode-locked laser technologies are typically used to generate laser pulses with durations as short as 10-15 sec. Among the most common of these are fiber lasers, semiconductor lasers, and solid-state bulk lasers. However, a femtosecond laser which emits pulses that are both extremely short and of extremely high peak power can be used to induce ablation and material removal with ultra-high precision.  This ability to manipulate materials can be used to form intricate structures and surfaces at very small scale.

Historically, laser pulses with very high peak power intensities were difficult to produce due to a variety of complex nonlinear optical properties.  As a result, high-power lasers with pulses in the femtosecond domain were typically limited to large systems capable of handling these nonlinear effects.

A novel solution was required to unlock the capabilities of femtosecond laser micromachining for broad commercial applications.

This technique involves a short-pulse oscillator and a pair of gratings which stretches the pulse by a factor of thousands; a safe level for introduction to the active medium and subsequent power amplification. The positively chirped pulse has its peak power raised by a factor of millions before the stretching process is reversed by a second pair of gratings. As a result, smaller laser systems were now able to safely generate high-energy ultrashort pulses of laser light, enabling a new generation of manufacturers to exploit the benefits of femtosecond laser micromachining.

Femtosecond laser micromachining is one of the most accurate methods of bulk geometric surface modification available to engineers today. With high-energy femtosecond laser pulses, it’s possible to initiate ablation of virtually any material with surgical precision at microscale depths and with extreme discrimination between interfacial materials. This provides myriad benefits over conventional laser-based micromachining technologies, enabling a wide range of high-technology applications.

IMRA is one of the world’s leading authorities in femtosecond laser micromachining via the proprietary technology of fiber-chirped pulse amplification (FCPA). We offered a brief outline of this revolutionary technology in our previous blog post: Benefits of FCPA Glass Welding.

If you would like to learn more about the working principles of femtosecond laser micromachining, simply contact a member of the IMRA team today.